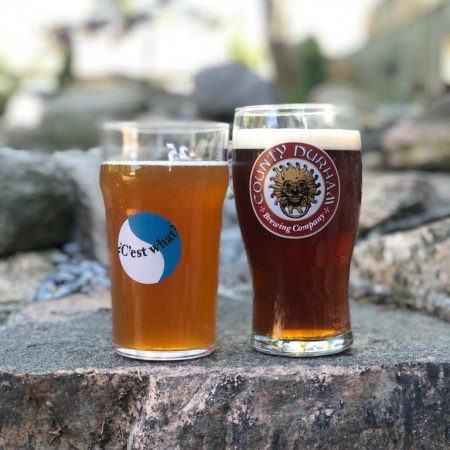 TORONTO & PICKERING, ON – One among Toronto’s unique craft beer bars and certainly one of Ontario’s oldest craft breweries have introduced that they’ve “turned [their] common-law marriage of comfort into an even bigger dedication.”

C’est What has been providing Torontonians native beer and made-from-scratch consolation meals since 1988, and for many of these years, its home beers have been produced at County Durham Brewing, which has been brewing British-style ales in Pickering since 1996.

The 2 have now formally joined forces, and are launching canned variations of beers which have beforehand been accessible on cask and draught below their respective labels.

First to be launched is C’est What Al’s Cask Ale (4.3% abv), a long-time favorite at C’est What that’s described as “an all-Cascade hopped, malt-forward, easy, sessionable pale ale within the custom of an English bitter.” Consistent with its title, the beer has a softer and fewer carbonated physique much like a cask ale due to the nitro-infused can.

Seven extra beers will probably be following in coming months together with:

County Durham Crimson Dragon Crimson Ale (5.2% abv) – “An Irish-style Crimson with the hop ahead character of an American IPA.” [August]

The canned model of Al’s Cask Ale debuted final week on the menu on the C’est What Beer Backyard, situated at Farquhars Lane and The Esplanade, simply across the nook from the unique bar/restaurant.

Cans of Al’s – and all future releases – are additionally accessible for takeout and supply from C’est What (67 Entrance St. E., Toronto), and the brewery retail retailer at County Durham Brewing (1885 Clements Street, Pickering) when it opens on June twenty fifth.

For extra particulars, see the Brewery page on the C’est What website.

PARTING SHOT: It’s all about the planning | Siouxland Life